IMPORTANT: Safety in the Work Zone

Please be extra cautious and stay alert for moving construction equipment, pedestrians and other vehicles as you travel through the work zone! Increased law enforcement is being used to monitor traffic along S.R. A1A and S. Central Avenue. Remember, safety is everyone’s responsibility.

We have received a lot of questions about the plants that are to be used on the project. A registered landscape architect developed the plans and the contractor is installing the plants per the plan. Seashore Paspalum, Sea Oats and Saltmeadow Cordgrass cover most of the area. There are also sections of Saw Palmetto and Railroad Vine.

About 60% of the plants have been installed. The contractor is awaiting receipt of the rest of the material.

We also have received questions about the area between South 23rd Street and South 22nd Street where no work is occurring. The department did not include this block in the revetment project for various reasons, including limitations regarding right of way. The dune in this area is being addressed as part of Flagler County’s project with the Army Corps of Engineers, which will be done after our project is finished. In the meantime, the department will continue to monitor the dunes and will take steps if the situation is impacting the roadway.

The contractor has completed installation of the new water main, and will be switching over remaining customers to the new line over the next three weeks. Customers will experience a short interruption of service during the transfer. This is usually no more than 30 minutes. The contractor will attempt to notify customers prior to the interruption.

Also during the week of June 24, the contractor expects to begin constructing the new southbound side of the roadway from South 22nd Street up to South 19th Street. During this work, access from S.R. A1A will only be maintained for residences and businesses that have no other access available. Residents and businesses can expect this situation to remain in place for several weeks.

Roadway construction will follow installation of the French drain as it progresses north of South 19th Street.

The contractor also will be constructing new sidewalk between South 13th and South 19th streets over the next few weeks.

The contractor completed placing guide wall and is expecting to finish drilling the concrete piles for the secant wall in early July. Crews will continue working on forming and pouring the concrete cap that completes the wall construction. The first plants also have been installed. 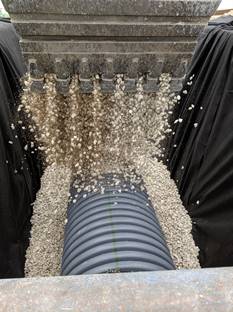 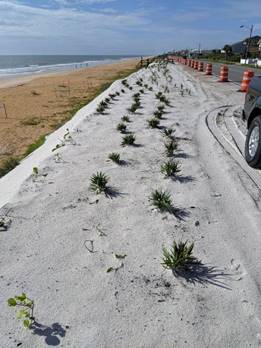 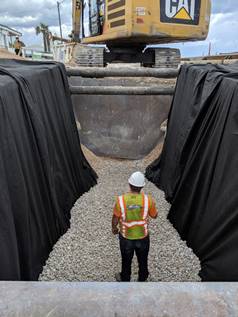